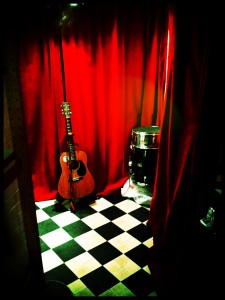 It’s been a busy 2012 so far, Altitude have been innundated with work and it’s been fun to be working on a huge variety of projects

The most ambitious of these was surely the ‘Big Back End’ trailers project. All the composers got on the case to produce an album of bid-budget sounding epic hollywood trailer music.  A real learning curve for me, but good things are starting to come from it already. Caspar and Scott’s trip to L.A., to attend big meetings with the key agencies, proved hugely successful with acclaim coming from all corners.  Already my piece ‘Terraform’ is looking like it’s being picked up for a major video game release (details to be released on confirmation), whilst a co-write between myself and the boys is now being used right now by Sky Movies. A serious coup ! Meanwhile, Jade did a fantastic job holding the fort, spinning plates and keeping everyone more than happy.

There has been a lot of work on promos for, Bentley, BBC Comedy, Discovery Network, Saudi Aranco, as well as  the current ITV trailer for the new series of Lewis.

Last month also saw another episode of BBC2‘s Horizon (‘Are We In Control ?) feature a lot of my work.

Meanwhile, in the Far East, two of my pieces for ‘Quirky Werky’ have been picked up by China and Korea for an advert that I simply don’t understand :o) You’re very welcome to try and fathom it yourself .. ideas on a postcard…

Whilst I put the finishing touches on some minimalist piano tracks, I have also just completed the edit for the VT intro on the current Metallica tour.  A real case of the sublime to the ridiculous, you can make your mind up which is which.

I’m also excited to be starting to spend some time working from the studio at Altitude HQ in Brick Lane. It’s going to be a great place to work. The red room, more than a little reminiscent of Twin Peaks, is the real icing on the cake. The Truman building is a great place, a real hub of creative companies; and right outside, The Vibe Bar, perfect for a beer after a long session.

Bye for now, and apologies for a rather ‘catchall’ style update.